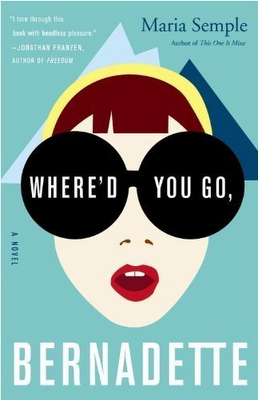 Published by:  Little, Brown and Company

After dodging mothers from the PTA on a daily basis and shopping through a virtual assistant online, Bernadette Fox simply disappears. What started as a promise to travel to Antarctica because of Bee’s excellent grades, leads to everything from a mudslide to the FBI.

Where’d you go, Bernadette is a hilarious read with a perfect combination of cheeky humor and sharp intelligence. This book is a definite keeper. It’s interestingly told from faxes and emails that keep you guessing as to who Bernadette Fox really is-and how did she just disappear. I really enjoyed this book. I cannot emphases it enough. I purposely kept the blog post short so as I wouldn’t ruin it for anyone interested in reading it. This is a definite great purchase or a gift.

What in God's Name by Simon Rich 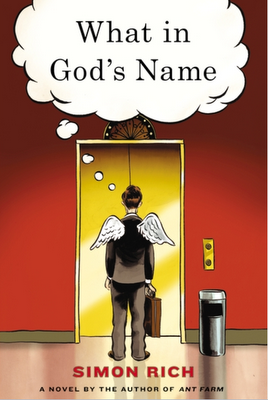 What in God’s Name by Simon Rich is not your typical biblical story. Craig and Eliza are angels working on the 17th floor of the Miracles Department of Heaven Inc, charged with the task of simple everyday miracles. God is busy playing golf games and watching Indie 500 races while tuning into his prophet Raoul on the flat screen TV in his office for quick positive feedback-all while taking in the occasional cigar and planning his Asian infusion restaurant on Heaven’s Inc campus.

One day, God decides he is bored with Earth and the human race and figures it’s long overdue for rapture. Craig and Eliza on the other hand feel completely different and challenge God to a bet that they can answer one prayer and make two social inept people fall in love, as long as God doesn’t bring Armageddon onto his people.  The race is on for Craig and Eliza to bring the humans Sam and Laura together to not only save the humans, earth, but their positions in Heaven’s Inc.

What in God’s Name is perfect in title, because What inGod’s Name was the publisher thinking when he decided to sign on to this book. It was horrendous. It wasn’t funny, intellectual, nor either cheeky. The only thing remotely funny about this book, was been dumb enough to read it. I wouldn’t pawn this off to anyone, let alone keep in the bathroom for toilet reading. Pass this book completely when you see it on the shelf of your local bookstore, unless there is a divine intervention. Even then, go the route of Jonah and run like hell before YOU get swallowed up by a whale. 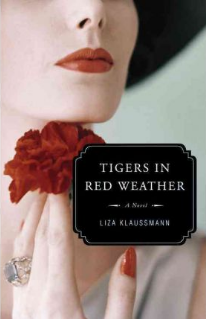 Published by:  Little,Brown and Company

The Second World War is finally over and so is the waiting that Nick and her cousin Helena have, to marry to their husbands. Both young women have lived their respective lives sheltered in the small enclosure of Martha’s Vineyard in the grand estate of Tiger House. Nick is waiting for her husband to return from the war, while Helena is preparing to move to the glamorous west coast to be with her fiance who rubs elbows with the glitter of Hollywood. What they dream of in a married life is far from what the reality of it is, and the truths that will unfold.

Time takes both women on different paths, both riddled with compromise and guilt as they try to live up to the expectations of their husbands, children and ultimately their own ideals. During the summers, Nick and Helena’s families join together to share a memory of what life was like, and the evils that are made by selfishness, deceit and deep-seeded resentment for one another-including murder.

I thoroughly enjoyed this book. This is a definite purchase new. Instead of giving as a gift, give as a loaner and make sure you get it back.