The Inner Circle by Brad Meltzer 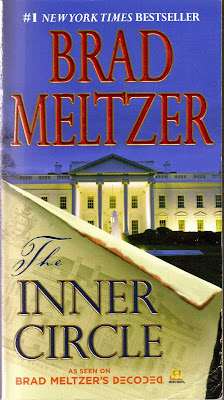 Typical Meltzer Government conspiracy novel. The Inner Circle is a story about an archivist who stumbles on a secret within our government that reaches all the way up to the Oval office. Murder, mystery and intrigue, this story pales compared to previous works by Meltzer.
The historical facts usually that dominates a Meltzer novel is interesting and compelling to look into. A bold story that relies heavily on historical fact instead of imagination that leaves you wanting more information about our government and the Office of the President of the United States than the telling of this weakly plotted story line.
Purchase used or wait to see if you can borrow from a friend or maybe pick up at a flea market.
3 JAGS

The Servants of Twilight by Dean Koontz 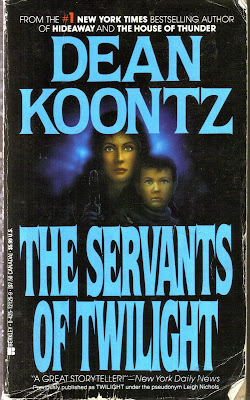 Email ThisBlogThis!Share to TwitterShare to FacebookShare to Pinterest
Labels: Anti-Christ, Dean Koontz, The Servants of Twilight 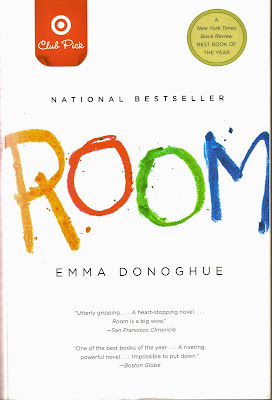 The Amulet of Samarkand by Jonathan Stroud 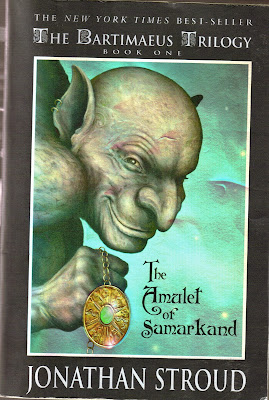 The Amulet of Samarkand, Part 1 of The Bartimaeus Trilogy, reads like Harry Potter, but just not as good. The story is about a young eleven year old magician’s apprentice, named Nathaniel who is learning the craft is wronged by Simon Lovelace, a powerful magician.
Seeking revenge, Nathaniel conjures the powerful djinni Bartimaeus to help him embarrass Lovelace by stealing The Amulet of Samarkand. Instead, both Nathaniel and Bartimaeus stumble upon a plot to overturn the government of magic.
Two parts Harry Potter, one part Aladdin and three parts unimaginative. Magic and mystery in the streets of London is better left to J.K. Rowling.
3 JAGS
at 6:37 AM No comments: 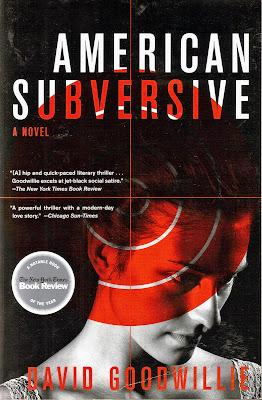